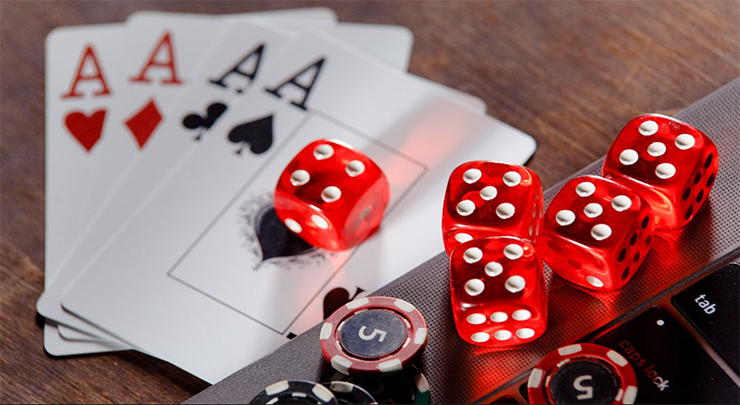 Gambling has been an inseparable part of Hollywood for decades. Stories of remarkable feats by legendary gamblers and those that show the potential dangers of gambling are deeply entwined in Hollywood lore. It’s no wonder why it’s like that. Hollywood has always been a place of glitz and glamour, and they go hand in hand with high-roller gambling.

In the ages before gambling went online, Hollywood stars wagered their money at lavish casinos. Gambling in prestigious casinos will always be part of the world of movies. Wouldn’t it be awkward to see James Bond play a high-stakes game against an evil villain in the online casino at NoviCasino? This is exactly why gambling is a timeless theme in Hollywood movies, and it’ll remain like that no matter how popular online gambling is. The list of top movies on gambling is pretty long, so we handpicked only a few that have been noted for strong performances and great stories.

Who can forget the 1995 Scorsese-directed classic? Starring Robert DeNiro, Joe Pesci, and Sharon Stone in the leading roles, it shows all the ups and downs of the gambling world. Casino is a tale of power, deception, and greed and how gambling empires rise and fall.

With a stellar cast and excellent storytelling, Scorsese’s brutal crime drama will always top the charts of gambling movies. It brought Sharon Stone her only Oscar nomination which she unfortunately lost.

Released in 2008, the Kevin Spacey-produced movie follows the story of the legendary MIT team which robbed casinos of millions with card counting back in the late 70s and early 80s. It’s also a great reminder of why you need to stop counting cards and play blackjack without cheating.

Led by Spacey himself, the young cast put in great performances. Even though the movie received mixed critic reviews, it was a box-office success and became a cult gambling movie in Hollywood.

Want to know how dangerous gambling is? Just watch the 1974 movie simply titled The Gambler. Led by James Caan whose amazing performance brought him a Golden Globe, the movie showcases all the dangers of gambling and addiction.

Caan plays a professor in too deep with gambling whose obsession takes on a violent form and threatens to ruin his life. Watching it is sure to send shivers down your spine and remind you that gambling, if not controlled, can be devastating.

The 2017 Aaron Sorkin-directed crime drama follows the true story of Molly Bloom. Bloom was the target of an FBI investigation for allegedly running an underground high-stakes poker ring where celebrities, athletes, and the Russian mob often tried their skills.

Bloom was charged for her crimes in 2013. After pleading guilty, she got a one-year probation sentence and was ordered to pay a $200,000 fine. Starring Jessica Chastain in the leading role, Molly’s Game is a great and successful movie based on another real-life gambling story.